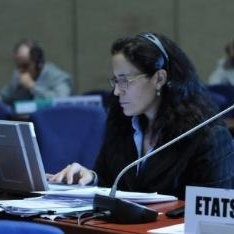 Jane Coffin is the Chief Community Officer at Connect Humanity.

Prior to joining Connect Humanity, Jane was with the Internet Society (ISOC) for seven years, most recently serving as Senior Vice President, Internet Growth. In this role she led the Internet Society’s Internet Growth project teams focused on Community Networks, Internet Exchange Points (IXPs) & interconnection, peering, and community development, and a new critical project on measuring the health of the Internet. Her work also focused on access and development strategy for expanding Internet infrastructure, access, and related capacities in emerging economies with partners.

Prior to joining ISOC, Jane worked on Internet and telecommunications policy issues for the Office of International Affairs at the National Telecommunications and Information Administration – U.S. Department of Commerce. She was an active participant in Internet discussions in the ITU, OAS-CITEL, and OECD, working closely with the five regional Internet registries (RIRs) and other Internet technical community stakeholders. She was very involved in policy discussions on open Internet standards and issues related to BGP, IPv4, IPv6, and MPLS. While at NTIA, Jane was an advocate for the deployment of Internet exchange points (IXPs) to increase international Internet connectivity (IIC), and was an ITU-T SG-3 IIC co-Rapporteur and an IIC coordinator in CITEL’s PCC.I. She was Vice-Chair of the Federal IPv6 Task Force, and a Vice-Chair of the ITU Council Child Online Protection Working Group.

From 2002-2006, she served as Chief of Party, and Deputy Chief of Party on two separate USAID projects in Moldova and Armenia. Jane worked closely with regulators, policy-makers, senior officials and parliamentarians, Internet service providers, and stakeholders on regulatory strengthening, market access and competition, and liberalization and privatization activities in Moldova and Armenia.

Jane worked for AT&T as a Director of International Affairs/Government Affairs, where she worked on international telecommunications issues, including VOIP, ENUM, and ICAIS, and was a Rapporteur in ITU-D Study Group 1 for universal access/universal service in rural and remote areas.

She holds a BA in Classics from the University of Massachusetts at Amherst, attended the College Year in Athens program in Athens, Greece, and was an American Field Service (AFS) exchange student in Falun, Sweden (1985-86).